As usual we met outside Falmer railway station about 09:00.  The weather didn`t look too good so we set off for the Downs.  We think this was the first year that we didn`t have to walk on mud from the farm shop to the South Downs Way.  As we got onto the Downs it started to rain and the wind was gale force.

We stopped briefly at the trees for Ruth`s mince pies with chocolate inside!  It was too wet and windy to hang around so we trudged-on.  The wind got stronger and it was almost impossible to talk and walk in a straight line.  It just made you want to shout and swear!

The walk to the road from Kingston was particularly awful.  We took some refuge from the wind alongside the fence and enjoyed Ruth`s cheese puffs.  Just then, Pedantic Pete arrived to join us from behind.  We got down to the pub at Rodmell and stripped-off all our wet clothes and tried to dry-out as best we could.  Ralph and his mate Andy brought Ian down and by the time Ian had steered his chair into the pub, he was as wet as us.  Lycia arrived with Michael`s children and Dave arrived with Katrina.

As usual we stayed too long and didn`t want to leave.  We walked on to the church at Southease for the group photograph and the began the trudge across the railway and up Beddingham Hill.  I think it had stopped raining by now but the wind was still really annoying.  We really didn`t want to stop and so walked non-stop to Alfriston, making sure we didn`t get lost like last year.  Michael`s children were picked-up by Lycia at the top of Firle Beacon.

It then started to rain again and the wind got ever stronger and we were literally blown into Alfriston, arriving at 16:30 which is well early.  Ian arrived again and we filled the Singing Kettle with steam and smelly feet.  Tea cakes and tea helped us forget the awful walk.

There was only one tent this year - mine, with Smoth and Bob for company. 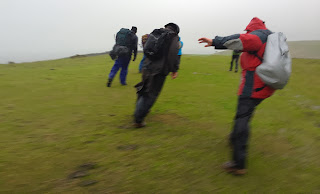 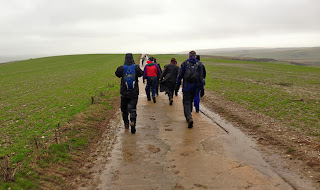 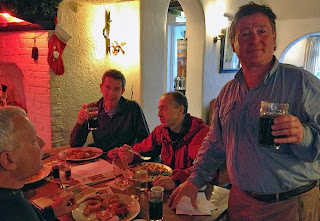 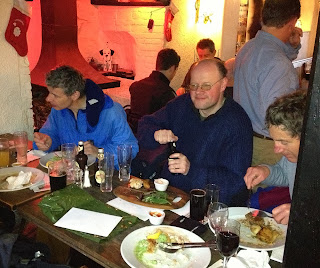 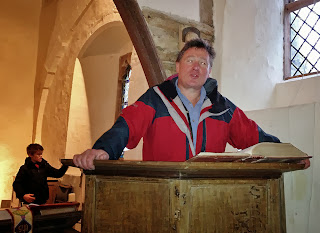 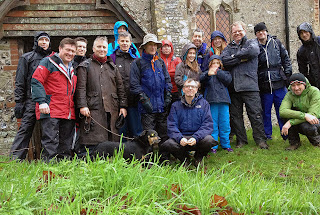 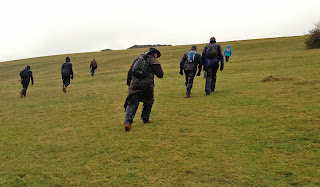 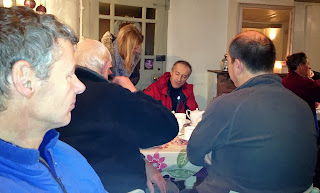 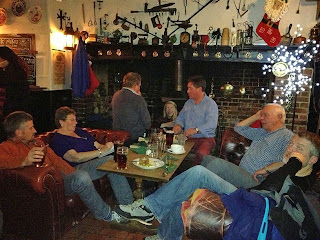 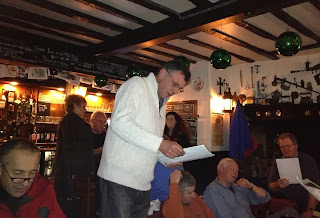 This fine Welsh chap tried to spur us on to sound better! 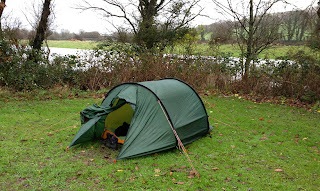 Momodem
Married to Ruth, no kids but we have Mabel and Gladys as pets.